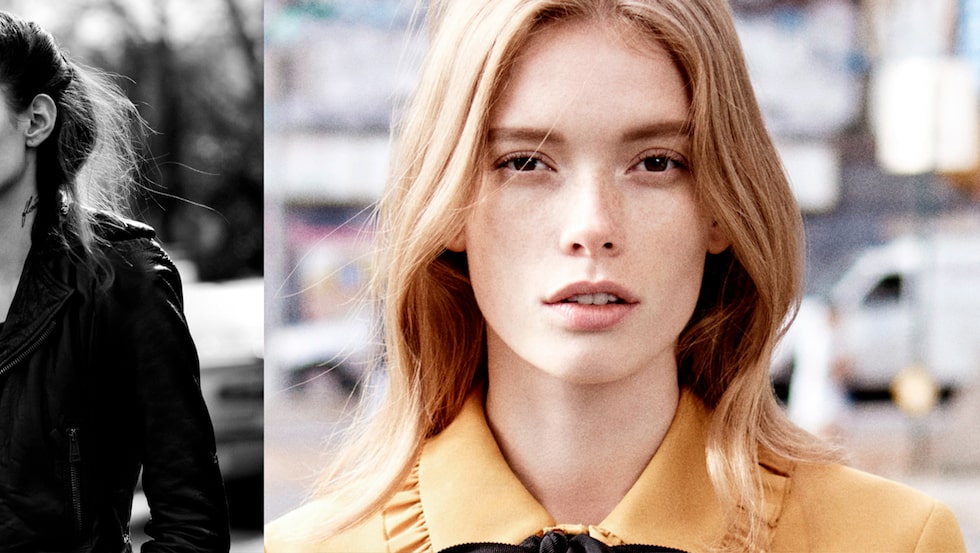 They're beautiful, successful and on top of their game! But who are they? Here are Scandinavia’s 10 most beautiful girls!

When it comes to Scandinavian top models the Danish queens reign supreme while Sweden is the runner up. Denmark scores the lead snagging top spots on the coveted Models.com lists. Danes Helena Christensen and Freja Beha Erichsen, made the Industry Icons List, and other notable Scandi’s who made the cut include Finland’s Suvi Koponen and former STYLEBY cover girl and Norwegian beauty, Iselin Steiro.

While only two Scandi models made the Hot List – both are Danish, of course – Swedish sirens Hedvig Palm and Julia Hafström join Swedish bombshells Nadia Bender and Kristin Liljegren on the Top 50 List along with two Danish beauties. Both Liljegren and Palm have been featured on the cover of STYLEBY – what can we say, we have great taste!

Read on and enjoy Models.com’s kinds words about our Scandinavian beauties. We’re very proud of all of you!

”Some girls are just A-List right out of the gate and Nadja Bender is one of them, in little over year she’s racked up multiple campaigns for Gucci, Chloé, Balmain, H&M and more, plus a Numero cover and a show list that is impressive from start to finish. It’s this undeniable momentum that has propelled her to the top and shows no sign of letting up.”

”An icy blonde with grace to spare, Hedvig has proven herself an essential component of any good runway. With her campaign and editorial presence building – including a star turn in Valentino’s latest – it’s her time to shine.”

”A multi season Tommy Hilfiger campaign staple, Julia has also blossomed into a bonafide editorial and catwalk fixture. A pristine beauty with a look that manages to be versatile and yet distinctive, this former Top 50 face is booking up a storm again with very little hype. From American Vogue appearances to Louis Vuitton runway exclusives to the Gucci Pre Fall campaign, the strawberry blonde Swede is working her way back to the top with a quiet consistency.”

”Kirsten’s finally available full time and we look forward to seeing this stunner in all the right magazines and campaigns.”

”Discovered during a brief break from architecture school, Iselin rose through the ranks to become one of the most immaculately booked girls of the decade. Her editorial and campaign track record remains pristine to this day.”

”The Danish beauty with the expressive gaze and artistic spirit has done it all as a model. Time spent as a VS Angel – check. Starring in the sexiest music video ever –check. Gracing the cover of every magazine imaginable – double check.”

”Once again, Suvi is the name on everyone’s lips. Out of nowhere Mrs. Riggs managed to score that coveted Calvin contract, a fragrance campaign and the cover of Vogue Paris’ March edition. The momentum just keeps building and we foresee the rise of a true high fashion power player.”

”As the reigning queen of androgynous cool, Freja Beha consistently delivers an attitude that appeals to discerning men and women worldwide. Sure she’s breathtakingly beautiful, but what really makes Freja an icon is her ability to convey nonchalant charm and make every outfit look easy. Whether she’s in Prada, Saint Laurent, Valentino, or serving as the newly appointed ambassador for Maybelline, Freja simply radiates cool.”

”With tousled tresses of golden locks, Botticellian beauty Frederikke Sofie first made her appearance in some of the coolest publications like Pop and i-D. Come 2015 and the Danish model was eagerly enlisted for CR Fashion Book, Numéro and Vogue Paris. Her latest Céline F/W campaign secured her position as a wanted work of art.”

”Line Brem’s angular face and extraordinary bold brows have put her in demand–runway and beyond, checking off her fair share of top shows from Louis Vuitton to Fendi. Her print street cred isn’t shaping up to be bad either landing a spot in Hilfiger Denim S/S 2015 campaign, multiple lookbooks for Louis Vuitton, Fendi, Missoni and stories in Vogue Italia.”